Garycon Results
Things went very well on the two CROSS sessions at Garycon. The players really got the setting I was trying to make and really pushed the scenes to play up both the spy angle and the Catholic angle that is so much a part of what I have been trying to build with CROSS. That said, I saw some holes in the setting that I will be trying to fix over the next several weeks. In general, though, I feel that I can now solidly write the Character Creation side of the CROSS source book so that will begin in earnest. Wish me luck! And a big thank you to any of my Garycon players that may be watching this space. Thanks so much! 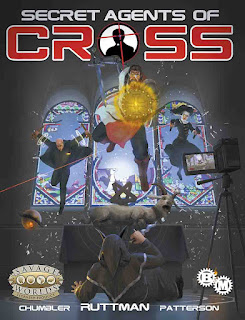