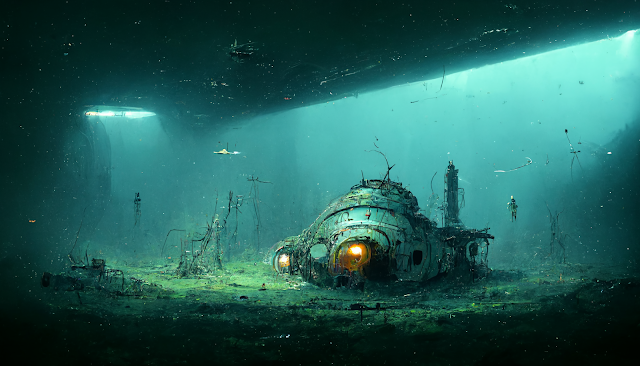 Far in the future a great war waged across the galaxy, fueled by the greed of the Interstellar Corporations stripping space of valuable resources.

The loyalties to the Corporations divided families, friends and country. Killing and destruction reign for decades ultimately reducing space to a graveyard of wreckage. The corporations ground to a halt ending the stream of starships, weapons and equipment required to live off- planet.

Planets were largely left untouched by the actual war, but were affected economically as the majority of industries provided for the Corporations. Depression brought about famine and death for those planet-side.

After 100 years, the generations of survivors in space have developed a sense of commonality. Space stations, asteroids, and derelict starships have become home to several hundred thousand peoples with the will to carry on.

Law is more of a code among those that live off-planet. A man’s word is his worth. Piracy is frowned upon, most commonly ends in death.

These are not “armor piercing”, as a hull breach is bad.

Considered “illegal” due to the War.

Easy to conceal on a ship