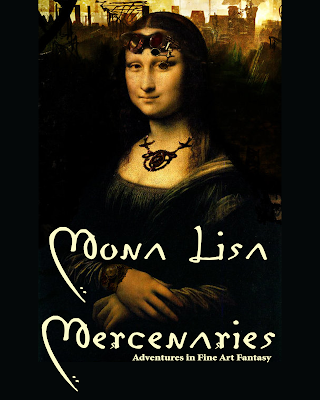 Wanting to lift itself from the dark times of the middle ages, a cultural movement began in Florence that would rediscover Greek and Roman achievements and exceed them.  They manifested this in art, architecture, politics, science, and literature.  Workshops popped up throughout Florence and deep lore in specific arts and sciences manifested.  So deep, in fact, that each workshop discovered that within all arts and sciences are a set of secrets.  As each workshop mastered these secrets they knew that they could use them to prosper in Florence and the rest of Italy.  Each workshop did this separately and as the workshops vied for patrons and their money, wars broke out amongst the shops.  The lore once used solely to create unique works of art was honed into weapons of war. Still keeping their secrets, they waged this war against rival shops.  Artists and scientists lost their lives, patronages were withdrawn, and masterpieces of art and mathematical formulas of great power were destroyed.  Eventually, in 1510, the masters of each workshop were invited to join a secret society called the Workshop.  Led by a man in a masquerade mask, the Patron, he revealed an elaborate plan to have the workshops work together at the highest level of each shop.  Under the Patron’s ambitious plans, apprentices and masters alike would learn the deepest secrets of each workshop where they could provide their patrons with unique artistic creations, but also their fine art warring abilities.  Under the Patron, these artists and scientists could use all of their abilities to prosper in this new age rather than fighting each other for patronage.  All workshops joined the Workshop except one--Michelangelo's Workshop. Michelangelo wanted no constraints placed on his workshop and he embraced all arts within his shop including the Black Arts.  The Workshop and Michelangelo’s Workshop became arch enemies.